PayID was launched in February this year as part of what’s known as the New Payments Platform.

The service is being offered by most banks and allows for virtually instantaneous payments using mobile numbers or emails rather than traditional account details.

Earlier this month we asked businesses in South East Queensland what they thought about PayID. 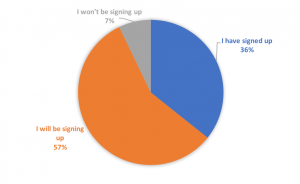 More than 90% of respondents were in favour of signing up to PayID with more than a third already on board.

For those that hadn’t signed up, the main reason (29%) was that they were simply waiting for further information about the new service.

Just 7% of respondents said they wouldn’t be signing up, with concerns about security sited as a key reason.

However, the full potential of PayID may be a little way off being realised, with just 20% of those that had signed up having noticed the faster payments.

Our thanks to all those who took the time to complete our survey. We’ll follow up in a few months to see if more businesses are noticing faster payments. In the meantime, here’s a link to some further information about the New Payments Platform and PayID https://www.nppa.com.au