Contractor or employee? Defining workers in the gig economy 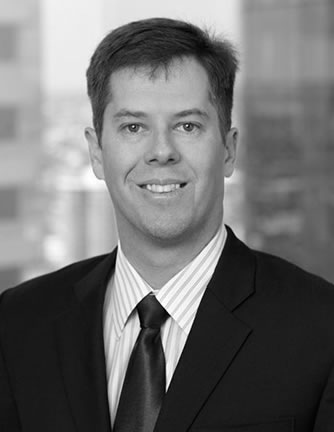 A former Foodora Australia delivery rider, Joshua Klooger, recently won an unfair dismissal claim despite a service agreement that classified him as an independent contractor. I explore the implications of the case.

Pivotal to the Fair Work Commission’s decision was the classification by Foodora of Mr Klooger as an independent contractor. The “Corporate Rider” was employed under a service agreement titled “Independent contractor agreement”. At the initial rate of $14 per hour and $5 per delivery, corporate riders would log into an app (the shifts app) which, at predetermined times each week, displayed available shifts. The shifts identified start and finish times and a specific geographical location where the delivery work would be undertaken. The riders could then decide what shifts they wanted. The riders undertaking shifts were provided with a Foodora branded insulated box, and other Foodora branded attire and equipment. Once the shift started, the riders would receive notifications through the app of an order to be picked up from a restaurant. Once the order had been collected, the rider would confirm the pick up, then the deliveries app would advise the delivery address.

In 2016, Mr Klooger’s friend and fellow Foodora delivery rider had his visa cancelled. As a result, Foodora suspended the friend’s access to the shifts and deliveries app. Instead, Mr Klooger gave his friend his access to the Foodora app allowing him to select and fulfil shifts. Over time, three other individuals did the same. Mr Klooger would reconcile his account, deduct tax and a further 1% for his involvement, then pay the substitutes. While the Foodora contract allowed for substituting, it required prior written consent. However, when Foodora became aware of the substitution scheme it took no steps to stop it and instead commended Mr Klooger for his “entrepreneurial initiative.”

The rates Foodora paid to riders and the way in which shifts were allocated changed over time. In July 2016, the hourly rate for new riders/drivers was reduced to $13 plus $3 per delivery, and a $1 per delivery payment for Friday, Saturday and Sunday night work. Towards the end of 2016, Foodora removed the hourly rate for new riders completely, fixing a flat $10 per delivery payment. The flat rate was progressively reduced further and by February 2018, the rate for new delivery riders had dropped to $7 per delivery. In addition, a new “batching system” was put in place which established a fortnightly assessment process that ranked individual delivery riders and offered shifts according to rank. The highest ranked riders were offered shifts well before lower ranked riders.

When determining whether a worker is a contractor or an employee, the courts say “… the distinction between an employee and an independent contractor is rooted fundamentally in the difference between a person who serves his employer in his, the employer’s business, and a person who carries on a trade or business of his own.”

The factors identified by the commission in this case are helpful indicators:

How work is fulfilled.
The commission determined that while the riders had the choice to accept the shifts, the shift start and finish times and geographical locations were fixed by Foodora. Despite the ability to self-select shifts, the commission saw that the “process for engagement is similar to a variety of electronic and web-based systems that are frequently used to advise, in particular, casual employees of available shifts that are offered.” While the system is not as prescriptive as naming particular employees, the commission saw the results as essentially similar.

What the contract said.
While the Foodora service agreement attempts to establish a relationship of principal and contractor, the commission found that, “The service contract contains many provisions which are similar in form and substance to those that would ordinarily be found in an employment contract document.” These included clauses dealing with rostering and acceptance of jobs, the attire to be worn when on shift, the specific nature of the engagements to be undertaken including requirements that the contractor is to comply with all policies and practices of the principal.

Who had control?
Foodora had “… considerable capacity to control the manner in which the applicant performed work.” The commission also noted that the batching system meant that to maintain a high ranking, riders had to perform a certain number of deliveries during a shift, work a minimum number of shifts in a week and work a number of Friday, Saturday and Sunday shifts.

Generating business.
In Foodora’s favour was the fact that it did not prevent its riders from working for other companies or delivery platforms. However, in this case the commission compared this ability to casual restaurant staff working for more than one restaurant.

Is the contractor operating separate to the principal?
One of the aspects of many contractor versus employee cases is whether the individual holds themselves out to the public as a separate business in their own right – do they have their own place of business. In this case, Mr Klooger worked exclusively for Foodora.

Supply of tools of trade.
Mr Klooger’s only investment as a contractor was his bicycle which he also used privately. An asset which the commission points out does not require a high degree of skill or training.

Delegation of work.
One of the factors that determines whether someone is a contractor or employee is their capacity to delegate work to others. The substitution scheme operated by Mr Klooger was a significant factor in this case as he was delegating work. However, in this instance, the commission saw that the substitution scheme was a breach of Foodora’s own service agreement not evidence of delegation despite their eventual acceptance of the scheme by Foodora.

Identifying as Foodora.
Riders had to identify as being from Foodora. Clause 4 of the service contract established an expectation riders dress in Foodora branded attire, and utilise equipment displaying the livery of the Foodora brand.

Tax, leave, and remuneration.
As Foodora classified the riders as independent contractors no tax was deducted from payments made. Riders were not entitled to holiday or sick leave. When Foodora paid Mr Klooger, they would generate a recipient created invoice. Once Mr Klooger had reviewed the invoice and made any corrections, the invoice would be paid.

While Mr Klooger won his case and was awarded $15,559, Foodora appointed voluntary administrators on 17 August 2018, well before this case came before the commission. The commission pursued the case on public importance grounds.

Foodora is by no means the first company to fall foul of the definition between contractor and employee; there are a litany of companies that have stepped over the definitional boundary but it is one of the first to test platform based work relationships in the gig economy.

However, not all gig economy businesses engaging with workers using a platform are at risk. In December 2017, an unfair dismissal claim against Uber was dismissed. Many of the factors evident in the Foodora case were not evident in Uber’s model. Interestingly, the commission noted that current laws that determine work for wages and the nature of employment relationships “… developed and evolved at a time before the new “gig” or “sharing” economy. It may be that these notions are outmoded in some senses and are no longer reflective of our current economic circumstances. These notions take little or no account of revenue generation and revenue sharing as between participants, relative bargaining power, or the extent to which parties are captive of each other, in the sense of possessing realistic alternative pursuits or engaging in competition. Perhaps the law of employment will evolve to catch pace with the evolving nature of the digital economy.”

Pre-empting the commission’s warning on the gig economy was the 2017 Senate report that asked whether the gig economy is “hyper flexibility or sham contracting.” In addition to exploring the model of organisations like Deliveroo, the Senate committee demonstrated how apps like AirTasker are being used by businesses for ongoing roles without the burden of employment. The fee Airtasker takes is charged only to the worker. Posters deposit payment into an account managed by the company, and Airtasker then releases 85% of that money to the worker, once the job poster declares the work to be complete.

What to do if you engage contractors

If you engage contractors, it is essential to get the facts of the relationship right. Business owners need to take a proactive approach to reviewing arrangements to ensure that the business is not exposed to material liabilities. Key factors include:

No single factor is determinative; it is the weight of evidence, on balance, across all of the factors.

The implications of misclassifying a worker

The implications of misclassifying a worker go well beyond industrial relations. If a business misclassifies an employee, it impacts on superannuation guarantee (SG), PAYG withholding, workers compensation, and payroll tax. These entitlements will often need to be met even if the misclassification was a genuine mistake.

For SG obligations, there is no real time limit on the recovery of outstanding obligations. However, the ATO will generally only go back 5 years unless the individual employee can prove an entitlement beyond this point. Remember that employers that fail to make their superannuation guarantee payments on time don’t just pay the outstanding superannuation but are subject to the SG charge (SGC) and lodge a Superannuation Guarantee Statement. SGC is made up of:

Unlike normal superannuation guarantee contributions, SGC amounts are not deductible to the employer, even when the liability has been satisfied.

Getting it wrong can be a very costly exercise particularly if the error is evident over a number of years.